"Amounment represents the spirit of dedication."

This is one of the principles given to me by my teacher. Mr.Ikuhisa Koganemaru, a sculptor, Who made this clear to me on July 6th.1989. I had just started to work as a stone sculptor around that time. Since then, and with variety of support, I have created many monuments for various public facilities in many arears. Through these experiences. I have been able to "live" with Mr.Koganemaru's words, imcorporating them over and over and in many different ways. Bords through rocks began with the history of man and continues through the future．I am deeply greatfulfor the opportunities given me to carve people's prayers into stone, a meaningful task in creating a fulfilled life. Using this book as my persol vow to continued dedication of committment and spirit of stone carving and as a means of thanks to all of you.

2001.  Hold a stone sculpture lecture in parent and child by the support of the national Olympics memory Youth Center

About Animals ----------> Masaji Asaga`s work attempts to draw shapes out from the stone medium, that express warm thoughts reaching out to be touched by people. 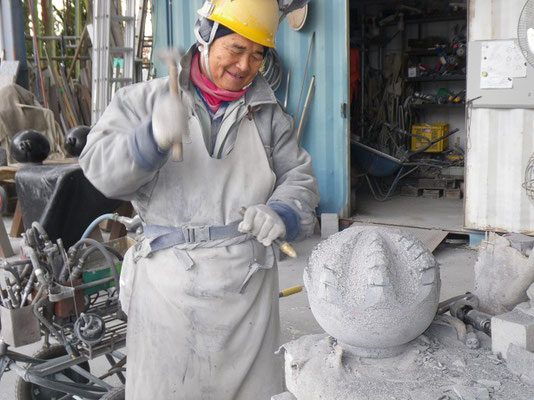 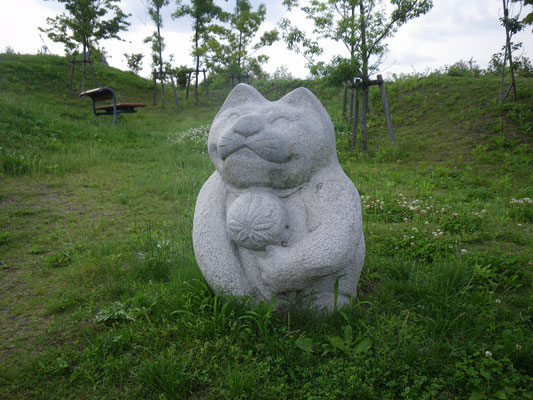 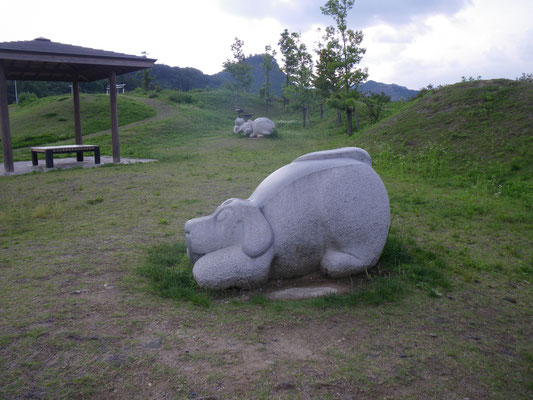 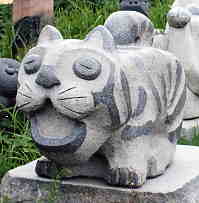 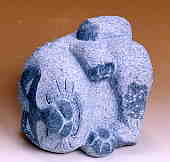